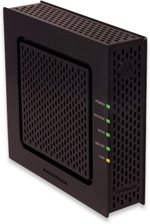 We recently found out about the new Motorola Surfboard SB6120 SURFboard® eXtreme. This modem supports the new Docsis 3 standard for cable modems. It is also backwards compatible with older systems. It uses a new channel bonding technology to increase bandwidth.

Also Comcast and other ISP’s have been deploying Docsis 3 and Comcast claims they will have it deployed to 100% of the U.S by the end of 2010. We had been using a Docsis 1.1 Linksys BEFCMU10, which is about 6 years old by now. With all these new possibilities and our speedtests showing only 3mb/s download we decided to try the new Motorola out to see if we could get more bandwidth for our money.

As we watched the signal on the modem’s configuration pages (192.168.100.1) it was erratic at first. The modem seemed to need multiple reboots to sync up, not sure if they were still in the process of provisioning or what. During this short time of about 5 minutes or so the bandwidth was really low at around 1mb/s down and barely able to even load the speed testing site. As we continued to restart the modem though it finally synced up and opened the bandwidth up to 20-25mb/s down and 4-4.5mb up this speed was maintained to several locations around the country and the speed increase on downloading files is amazing. The performance boost was far more than we had anticipated, we will be able to move to Comcast’s 50mb down 10mb up service whenever we want, but that would cost $99 per month. Not bad really, but >20mb down / 4mb up for what we already pay (~$65 per month) you can’t beat that! 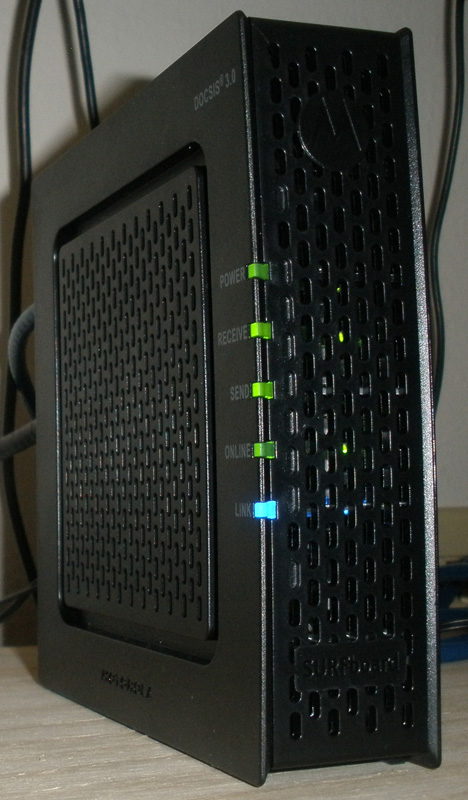 We have not had any problems with the modem since installing it runs fast and stable for everything we have thrown at it so far. We may be looking into video conferencing, we already were watching streaming video on the 3mb connection we had before, now with >20mb of speed the sky is the limit. 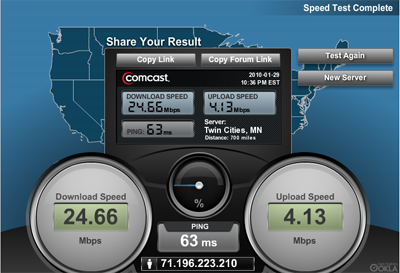 In addition to working great and being very fast, it has a very bright blue light that flashes for the link. Also the casing is well designed and looks good. We like the way it’s built to stand on its end to maximize cooling. The case also appears well ventilated with many vent holes all over on almost all sides. 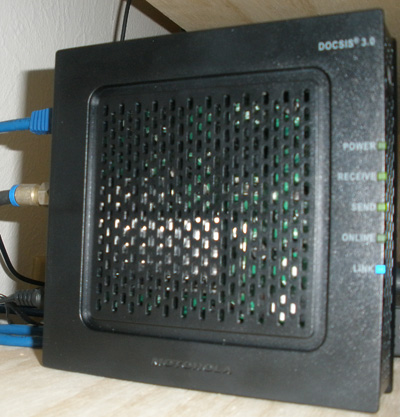